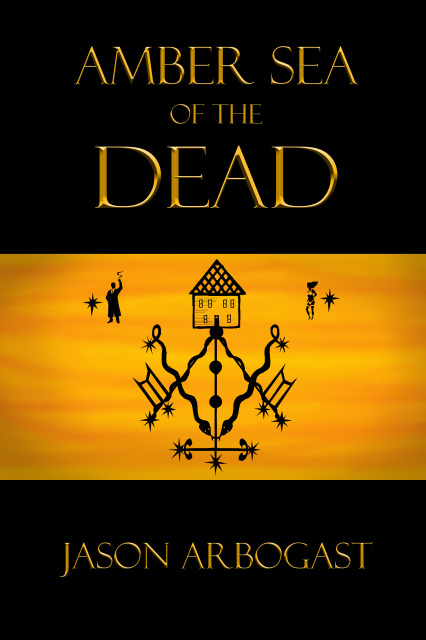 Amber Sea of the Dead

My name is Roger. Don’t worry about my last name. It’s only important to me. I’m the current Detective, a sort of supernatural peacekeeper and straightener of mystical messes, appointed/cursed by gods to know how to take care of the city of Kalamazoo. Means I get to deal with all the nasty things that have lurked in the dark places since before humans made the awful decision to move out of their caves.

One of those things has killed April, a stripper at the local topless bar, and I have to find out which one and why. She's pretty insistent about it. Dead folks get that way about this sort of thing. And I’m really not in the mood. I’ve just killed my favorite goddess, and dealing with a murder that’ll probably just wind up being part of some god's little cry for attention is hardly at the top of my to-do list. Even if it averts the apocalypse. Again.

Jason Arbogast grew up in Michigan, just south of Battle Creek. He could smell the cereal being made some mornings, if the wind was blowing just right, carrying the scent of sugar from the factories. If the wind wasn’t blowing right, he usually smelled the fertilizer wafting off of the field across from his house. Such is life in the country. He received his MFA in creative writing from Iowa State University. Currently, he teaches at the community college level, as well as co-facilitating writing workshops with his writing partner for their business Writers for Life. His short story collection Lost and Found in Kalamzoo was published by Main Street Rag.