Remnants of the Disappeared 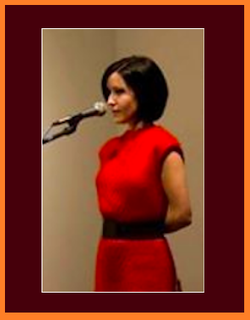 Remnants of the Disappeared is a memoir that has been evolving since 2005. Begun as a series of lyric essays, it has now taken the form of a fragmented full-length narrative that weaves personal history with myth, narrative nonfiction, and fictional projections. It is in many ways a trauma narrative, structured to follow the threads of memory as they actually occur, especially in persons with PTSD. Many of the passages read as prose poems, relying on sensory details to tell the story. Even though told in fragments, the narrator believes that it is in the smaller parts that the whole is reflected, in addition to questioning the notion of what concepts such as "whole," "home," and "identity" might mean.

Amy Waugh resides by the Great Lake Superior, whose shores serve as muse. A poet since age 12, she studied monkeys and forensic anthropology before finally succumbing to her destiny as writer. A graduate of the unique MFA program in Creative Writing and Environment at Iowa State University, she currently teaches writing to science students at the University of Minnesota-Duluth. Her poems have appeared in numerous journals, and she gives readings often at local art galleries. Her memoir, Remnants of the Disappeared, will be her first full length publication.
UA-47043423-1